‘The writing isn’t even really that good,’ you sigh when confronted with the triple-figure tally of social shares on a competitor’s B2B marketing blog.

‘The writing isn’t even really that good,’ you sigh when confronted with the triple-figure tally of social shares on a competitor’s B2B marketing blog.

We call this the content marketer’s lament. Seeing others race ahead in the popularity stakes can be more than a little demoralising, especially when your last blog received a paltry 11 likes and three shares, and took hours to write and redraft. Fear not. There’s a lesson to be learned here, and in keeping with our Irish Writers and Content Marketing series, we’re using Samuel Beckett for illustrative purposes this time. (You can read about what content marketing and James Joyce have in common over here).

Samuel Beckett had to jump through some marketing hoops to see his work in print. Samuel Beckett is by no means the only writer to struggle to make a living from his art (the trope of the impoverished artist is a thing, after all) - but add to the fact he was avant-garde to the point of being incomprehensible, it’s a wonder any publisher went all in with him in the first place. It’s kind of comforting to think that Ireland’s most famous pre-postmodern ironist author and playwright struggled to get his stuff out there in the early days.

Beckett’s editor in the early 1930s made several critical changes to his first collection of short stories in the hope of driving up sales. One of the stories in the edition ‘Echo’s Bones', was specially commissioned and then brutally axed for being too ‘nightmarish’ for a general reader. (Anyone who has ever had a blog rejected can probably imagine the sting). Even changing the title to something more ‘clickbaity’ didn’t do much for the book’s profitability. Sales of ‘More Pricks than Kicks’ were disappointing, unsold copies were pulped, and Beckett didn’t like to talk about it much until later life when success was in the bag. 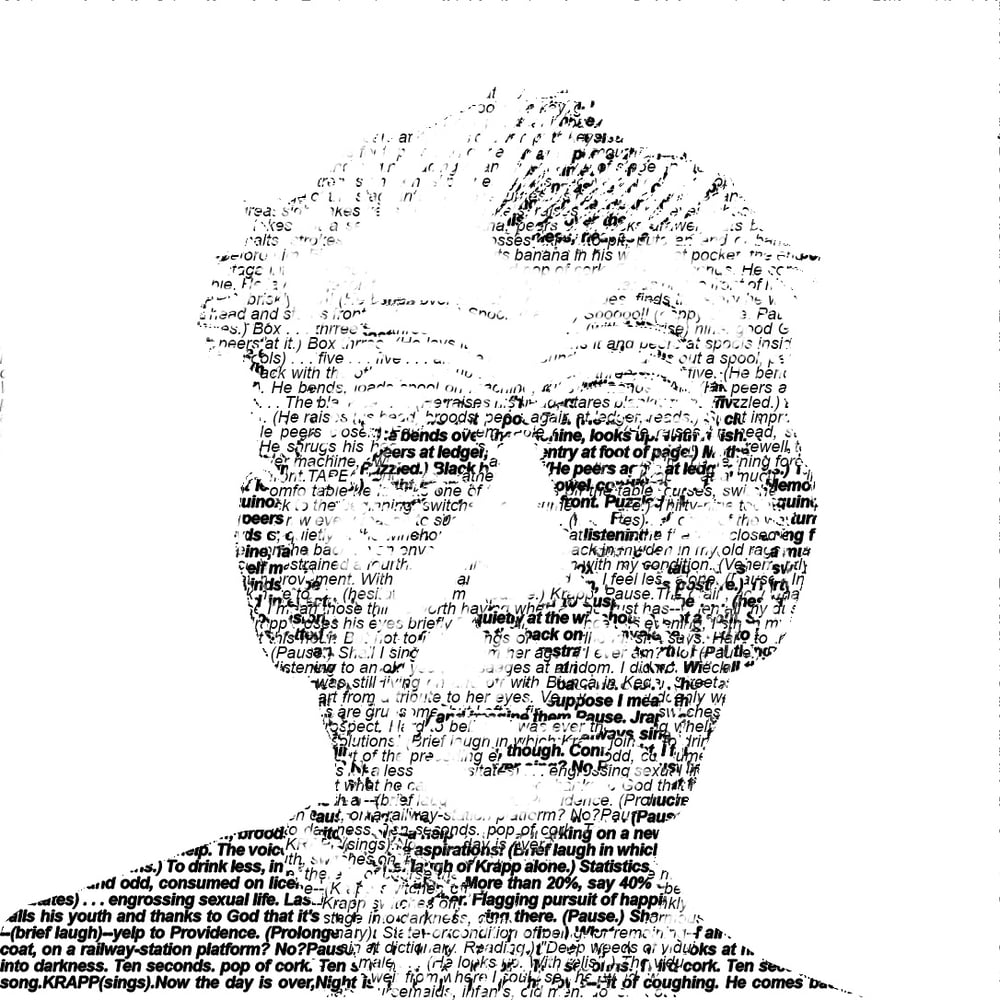 Fame, notoriety and art aside, writers write to make a living. That simple dynamic is as true for the marketing content writer as it is for any writer.

While he would probably be horrified at the prospect of his art uttered in the same breath as the humdrum writing of content marketing, early Beckett was desperate to be published. He had become frustrated as a lecturer at Trinity College Dublin and ran away to Paris to write his first novel, ‘Dream of Fair to Middling Women’, which was rejected. He needed a break and he needed a publisher.

More obviously, although with less lofty ambitions, the purpose of content writing is to attract sales. The content writer wants to write social headlines, tweets and titles, that will stop people in their tracks, resulting in click-throughs to appealing copy that will make hearts burst with pride at the high conversion rates. Creating content that translates to sales for clients is the holy grail of content marketing. Without clients who have belief in your work, your brand, and your ability to help them make sales (and remunerate you into the bargain) you might as well have a Tumblr blog than a HubSpot account.

Technology as key to brand success

Even if he didn’t like it, Beckett knew having a publisher was crucial to his early career. Later on, however, it was Beckett’s use of the mechanical mediums of radio and newly commercialised television (in addition to his most famous play, Waiting for Godot) that established him as an artistic force majeure in the English-speaking world. After that, he had the liberty of rallying against the public's lazy demand for easy comprehensibility.

Ironically, mass media and contemporary technology were key to popular culture’s understanding of Beckett, portraying him as enigmatic, unconventional and damn near incomprehensible. He became known for his austere qualities and having a particular ‘look’ (preferring not to be photographed at all, but in black and white when it was unavoidable). His image in an increasingly audiovisual culture was high-brow, intense and searingly intellectual.

In short, his notoriety - brought about by technological advances - ensured that he could do what he wanted. Not only did he achieve artistic freedom, but he attained something surprisingly similar to celebrity (which he hated) and created something that, if you squint, looks a little like successful branding. And there’s the tie-in to marketing and content writing.

In much the same way that technology garnered exposure for Beckett later in his career, content writing depends on digital innovations to be seen. Modern marketing content must be backed by tried and tested SEO techniques to get clicks and ultimately to be boosted up the Google ranks. Only once it’s found can your content begin to make waves, and only by being found can you begin to create the brand that earns trust and purchase consideration.

What’s in a ‘like’ that never leads to a lead?

Popular isn’t always good, and good isn’t always popular. The mantra of the postmodern marketer should be: popular doesn’t always matter. What matters is that the right people see and hear what you’re trying to say. Writing in a saturated market, filled with opinions, voices, and people trying to sell stuff, it can be difficult to know the best route to take in order to be heard; you need to be heard by the people who have a need or use for whatever it is you’re offering.

We all know about inbound marketing by now. In many ways, it’s a solution to the suspicion that accompanies a one-size-fits-all marketing strategy. With inbound, we’re becoming more specialist - we’re targeting the people we believe most need to hear what we’re saying. We’re identifying and qualifying leads.

B2B marketers crave interaction. We yearn for likes, shares, and comments. We all want people to consume our content. But are we being duped by the glamour of a popularity contest?

It’s not meaning of life stuff, but like Beckett, B2B marketing isn’t populist. Its aim is to connect niche markets in the hope of generating sales - although that doesn’t mean it has to stop being creative.

Perhaps only once we stop craving likes and focus on leads can begin building a brand for great content marketing.