Nobody really knows why a small, tribal country situated on the edge of Europe boasts such an illustrious mix of scribes, poets and novelists; but it’s true, Ireland has a reputation for producing great writers.

Nobody really knows why a small, tribal country situated on the edge of Europe boasts such an illustrious mix of scribes, poets and novelists; but it’s true, Ireland has a reputation for producing great writers.

Dublin’s most famous son is undoubtedly James Joyce; his masterpiece Ulysses, is so much a part of the fabric of the city that every year on June 16 the novel’s protagonists come alive - albeit in fancy dress - to celebrate Bloomsday.

Tom McCarthy has suggested that if Joyce were alive today he’d be working for Google, which got us thinking: what would Joyce make of writing in the digital age, and what does the lowly content writer have in common with arguably the greatest writer of the 20th Century?

In one instance, the polysyllabic stew known as Joycean English can be compared to the modern day fondness for onomatopoeia (anyone else think ‘Yogibogeybox’ is a great name for a tech startup? Maybe some file-sharing innovation?), and come to think of it, there’s probably something a bit ‘Stephen Dedalus’ about the aspiring writer who, instead of penning the next great Irish novel, took a conciliatory job at a B2B marketing agency in Dublin.

Scroll down for our top 4 lessons B2B content marketing writers could learn from James Joyce: 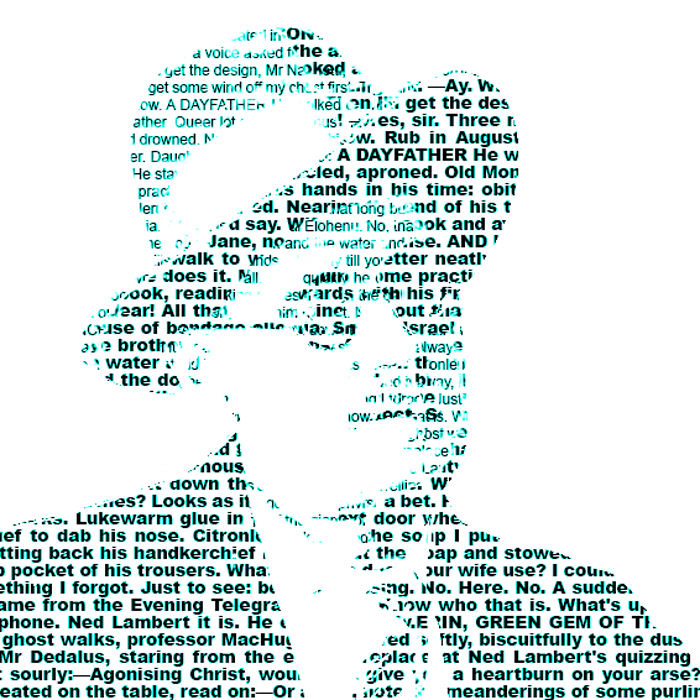 1. Be curious about everything

Joyce’s experiments in form and representation changed people’s ideas about what writing was, and what it was supposed to do. He joked irreverently about literary ideas and traditions considered out of bounds for parody and ridicule. He was a blasphemer, sacrilegious and completely without taste - according to his critics.

In Ulysses every aspect of culture - be it ritualistic, written or material - commanded a line or two of the author’s attention: an advertising slogan was on par with a newspaper headline, and neither were more or less important than the words penned in a love letter.

Totalling over a quarter of a million words, Ulysses has been called a summary of the modernist movement (the irony of that statement wouldn't be lost on the author, either - the book is anything but brief.) Within its pages the trivial sits side-by-side with the philosophical, and the extraordinary keeps company with the mundane. This creates a lot of funny juxtapositions, many of which were a first for literature - but also provides content marketers with a valuable lesson: how we write is just as important as what we’re writing about. Joyce once said he never met a bore, and that everyone has a story to tell; we have to believe the same is true for content marketing.

Give your reader the benefit of the doubt: they're interested in what you have to say, so figure out the best way to say it and don’t be boring, which brings us to number 2...

B2C people have an easier life that us B2B content writers. Appealing typically to a broad based audience, they often get to write engaging and witty brand stories of little substance but with heaps of charm. B2B content is a harder sell. When was the last time you read a blog about the UX of a mobile app and laughed out loud? In Joyce’s Ulysses, form emulates content: if the characters are tired, as they are in ‘Eumaeus’, he makes the prose bored and simple; if they are dancing, such as in ‘Circe’, Joyce makes the language twist and turn.

Let’s refocus for a second: shouldn’t a piece of marketing content about improving user experience and making it more pleasurable be kind of nice to read? Is it reasonable to expect your readers to be enthusiastic about your products and services when you can’t summon the energy to write engaging content for them? B2B content marketing should be an interesting and rewarding experience for the target persona. So don’t be boring.

Joyce wanted to record a whole culture in the space of a single waking day and within the limits of a single book. His emphasis was on originality - a text ‘filled with so many enigmas and puzzles that it will keep the professors busy for centuries’ arguing over meaning. So dedicated was Joyce to the cause of original creative expression, no doubt he would have revelled in a digital self-publishing age. Maybe the professors would be doing daily checks on edits and updates he had made to Ulysses?

The overbearingly complex novel that came about as a result of 8 years graft delighted Joyce even if it did, by his admission, almost cause him to lose his mind. He said: ‘The task I set myself technically in writing a book from eighteen different points of view and in as many styles would be enough to upset anyone’s mental balance’. Ironically, Ulysses, a text once burned and banned for its blasphemy, doesn’t have the same shock value it used to.

Nowadays, we’re desensitised to detailed descriptions of visits to the lavatory, or images of particularly bawdy nights out on the tiles. Joyce suggested aspiring writers write dangerously, unabashedly and undaunted... but that’s kind of hard, afterall, he did all the good stuff first. Every scandalous or embarrassing theme Joyce ever wrote about has been given a 21st century facelift and now lives on the internet as a meme, gif, video or some other media-rich format that makes the humble written word look, well, humble. The B2B writer’s job is to make the technical engaging; there’s only one thing worse that writing a dry, technical document, and that’s reading one.

Original content goes a long way with Google, and copying and pasting from other sources straight on to your own website or blog, comes with a hefty SEO penalty. As well as original content, your ideas need to be original. OK, so maybe you won’t go changing the trajectory of modern literature, but your blog might generate lots of interest with like-minded professionals in a niche industry, even gaining thought leader status...  and sure, isn’t that a start?

Joyce predicted the rise of stream-of-conscious writing… and so is essentially a social media pioneer. Everyone has at least one person on their Facebook friends list that overshares personal information and it seems like interior monologues are the chief method of communicating in the 21st Century. It’s unclear whether Joyce would be rapt by a hastily typed diatribe detailing the circumstances of lapsed child support payments, and the insight this offers into the human condition, but his prediction that stream-of-consciousness was the future has been vindicated.

For the author who penned modern literature’s first visit to the lav, we wonder what Joyce would think about the our preoccupation with documenting every waking minute on SnapChat. What comment would he have about our readiness to share advertising far and wide to friends on Facebook? Twitter seems pre-designed for the type of stream-of-conscious ramblings that Joyce championed long before stories were tweeted in 140 characters or less (complete with interjections from random strangers with an egg for a profile pic.) We can’t imagine all those beautifully curated, idealistic pictures on Instagram getting off the hook, either...

It’s ironic that one of the reasons for Ulysses’s success was also cause for its fiercest criticism. Joyce’s stream-of-conscious style was frowned upon for being incomprehensible; Roddy Doyle later joked that he could have done with the help of a good editor. The cacophony of voices elevated by 21st century technology has resulted in a much more chaotic and fragmented media landscape than perhaps even Joyce could have imagined. The modern content writer doesn’t have the luxury of faffing around when it comes to writing B2B communications. People are busy, and in an hyperstimulated world with a lot of background noise, it’s important to cut through and get straight to the point.

Nowadays, communicating is much more than writing. Have you considered that ‘words on the page’ aren’t the best way to connect with your marketing personas? Things like podcasts, infographics, gifs and video minimise text and (assuming you know whose attention you need to grab) can be a more effective way of communicating.

To quote Samuel Beckett on Joyce: ‘You cannot complain that this stuff is not written in English. It is not written at all. It is not to be read. It is to be looked at and listened to’. Have you thought the same about your content marketing?

According to Joyce, ‘writing in English is the most ingenious torture ever devised for sins committed in previous lives’ - and while our response would be less hyperbolic and much less elegant, there are times we’re inclined to agree. However, as we’ve learned it’s possible to write about anything so long as the writing itself is engaging and original. After the data is captured the work of turning it into text or rich media begins. Nowhere is the minutiae more important than in the world of B2B marketing.